Texas-Based Frankston Packaging is a “Great Addition” to the ICG’s Member Roster, which Now Stands at 18 Independently Owned and Operated Folding Carton Manufacturers

The Independent Carton Group (ICG) today announced that it has added Frankston Packaging to its member roster. This brings the ICG’s membership to 18 independently owned and operated folding carton manufacturers in 11 states who collectively represent over $700 million in annual sales and 1,350 years of packaging history. Frankston Packaging, located in Frankston, Texas, southeast of Dallas, was voted in as a member during the ICG’s recent general membership meeting in Chicago, which was hosted by local member Accord Carton and included an architectural cruise on the Chicago River and dinner at Fulton’s.

“Frankston Packaging makes a great addition to the ICG. Like all of our members, it has a strong commitment to its customers, which fuels a desire to continually improve operations, expand services, educate employees, apply best practices and implement disaster recovery plans, all of which are possible with ICG membership,” said Jay Willie, executive director of the Independent Carton Group. “Our members saw in Frankston Packaging a company that shares their core values and is poised for growth. It was apparent that the owners appreciate the benefits of our programs and aim to be involved in everything the ICG has to offer. We are pleased to welcome Frankston Packaging to the group, and we look forward to fostering its growth.”

The company’s 100,000 sq. ft. manufacturing plant houses a variety of printing presses and finishing equipment, including a new Heidelberg XL 106 press installed this summer. Frankston Packaging’s capabilities include sheeting, printing, ultraviolet coating, die cutting, windowing, folding, gluing, tray forming, taping, and special effects such as foil stamping and embossing, as well as various prepress and inventory management services. The facility itself emulates GMP and ISO 9000 standards, and it is regularly audited to ensure best practices in the manufacture of food contact packaging.

Frankston Packaging also holds a Forest Stewardship Council® (FSC®) Chain of Custody Certification. By tracking certified paperboard and its wood fiber back to the sourcing forest, customers can verify that the paperboard used in their packaging comes from a responsibly managed forest. The company’s commitment to sustainability is also evident in its own recycling program – it recycles nearly all of its paperboard scrap – and the energy-efficient lighting used throughout its facility. Frankston Packaging will host the next ICG general membership meeting in November, and all ICG members will have the opportunity to tour the manufacturing plant.

“There’s a lot to be said about the power of owner-to-owner communication among ICG members, which was a huge draw for us,” said Norm Bullock, vice president of Frankston Packaging, who anticipates having discussions with other members about equipment purchases, succession planning and other vital topics. “The ICG’s close-knit group of like-minded business owners makes discussions like these possible. For example, before we make our next major press purchase, we’ll call members who use the press or presses we’re considering. When you’re looking at investing millions in a press, you want feedback from people you trust,” he said.

Bullock expects the ICG’s programs to not only benefit Frankston Packaging’s executives, but also its production employees, its operations, and ultimately, its customers. “We’ll learn something new from every tour of a member’s plant, and we hope others will have a unique takeaway from our plant tour in November,” he said. Frankston Packaging will also participate in the ICG’s technical conferences, which provide learning and sharing opportunities for members’ production employees. Bullock also said there’s peace of mind in the ICG’s continuity assurance program. “It’s a huge relief to know that members will have our back in the event of a disaster.”

The ICG was founded with five members in 1982, and membership currently stands at 18. “This isn’t an association in which members can be casual observers,” said Willie. “Our members are all active and highly engaged in the group. There’s amazing communication and collaboration among members, and each one hosts a meeting and facility tour every few years. These things are only possible because of members’ willingness to buy into the ICG’s position as a sharing group. Frankston Packaging is a great fit, and we look forward to their hospitality in November.” 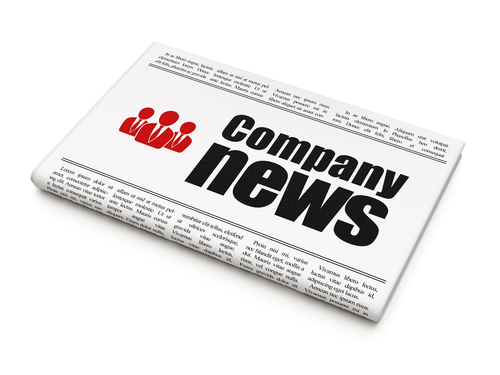