Why Buy a Carton Plant 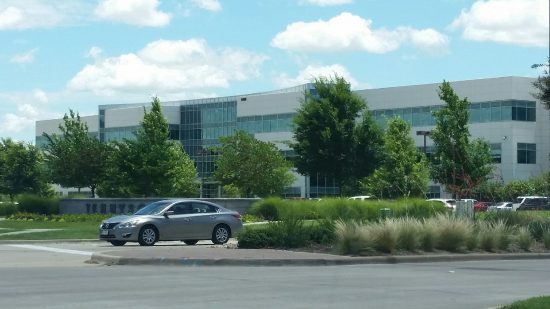 Ten years ago, Kyle Eldred, president of Frankston Packaging Co., an independent folding carton converter in Frankston, Texas, was working for Koch Industries, the largest privately-owned company in the world. While completing an oil and gas industry project for Koch in Caracas, Venezuela, he met Norm Bullock, a fellow employee and today Frankston’s vice president.

At that time Eldred had been working for Koch for 14 years; Bullock had been with the company 10 years. They had only known each other a couple of months when, while discussing their careers and ambitions late one night over a few beers, they decided it was time to take a chance on their own.

“Koch teaches you how to run your own business,” Eldred says. “It hands you the keys to a multi-million dollar operation and you run it. I was three weeks out of college [he graduated from Kansas University in Lawrence, Kan., with a bachelor of science degree in business administration] when I traveled to Spokane, Wash., to visit and evaluate the feasibility of purchasing a five-plant liquid asphalt business. As a result of my study, Koch bought the operation.”

Eldred and Bullock found running businesses for Koch exciting and stimulating. They traveled the world and oversaw projects worth billions of dollars. But they both yearned to be their own bosses.

Soon after those beers in Caracas, Bullock and Eldred completed their project and moved on to others. Bullock was transferred to Shanghai, where he worked on acquisitions and greenfield projects. Eldred began working on natural gas liquids projects in South America. But the two men kept in touch.

In June 1998, Eldred and Bullock resigned from Koch. Eldred’s wife was pregnant with their second child and he was now unemployed. Bullock returned home from China. That’s when they started their quest in earnest for a new business. They conducted a five-state search for a wholesale distributor or manufacturer. Their Koch training was invaluable.

Over the next two years, they did a cursory review of about 2,000 businesses and studied 100 in greater depth. They then visited 25 of those hundred and wrote letters of intent to buy four of them, including Frankston Packaging. Three of the offers were killed for a variety of reasons. In one case, a company’s product didn’t lend itself to repeat business. In another, neither Eldred nor Bullock were confident enough in the product line.

Eldred says he was attracted to the folding carton industry because of its resiliency.

“We evaluated the industry first and the business second,” he says. “The industry was mature, but in the beginning of consolidation. In the business [Frankston] no one customer made up 10 percent of gross revenue, and 98 percent of the customer base was repeat business.

What Are Our Strengths?

Before buying the carton maker, which has 70 percent of its 200 customers in Texas, Eldred and Bullock had to assess their strengths and weaknesses. Eldred’s strengths include sales and marketing, human resources, and manufacturing, while Bullock was skilled in commodities trading, logistics, and finance. But they also knew that they didn’t have technical operations experience.

In July 2000, Eldred and Bullock bought Frankston Packaging from absentee owners. They won’t say how much they paid.

The independent converter sells cartons to the household, food, and health and beauty industries. It has gone through five expansions over its 50 years. The most recent addition is a 35,000-sq-ft warehouse for finished cartons and raw materials. About 85 percent of its production is in folding cartons, with the rest in rigid and vinyl boxes. It also makes overhead projector film. But Eldred stresses that while Frankston Packaging might have been production-driven in its youth, today it is customer-driven.

“We have a real simple philosophy,” he says. “We ask the customer what he wants and then give it to him at a fair price.” This has allowed the operation to grow 15 percent annually since Eldred and Bullock bought it seven years ago.

One of the factors behind this continuous growth under all market conditions is the constant push on delivery times. Frankston Packaging strives to provide current customers with cartons within 24 hours and ships new customers in five to 10 days.

“If a customer comes to us and tells us it has to have cartons within 48 hours, we will make it happen,” Eldred says. Another factor is low employee turnover and the willingness to pay over market wages for over market performance.

The company looks at warehousing differently than its peers, preferring to store more finished cartons than normal so that orders are always filled quickly. It also keeps roll stock (SBS, clay-coated newsback, and SUS) on the floor, which shortens lead times. Four years ago, Eldred and Bullock created a controlled inventory merchandising system that ensures their customers will never run out of cartons.

“We maintain our inventories for our customers so that their emergencies don’t become our emergencies,” Eldred states. “We constantly evaluate our carrying costs against realized savings, and believe this strategy is a win-win situation for us and our customers.”

Until recently, if there were problems with cartons on the customers’ filling and forming machines, the customer would accept responsibility. But Frankston Packaging is finding that more of its customers are blaming the carton supplier for production stoppages, not the filling and forming machinery. Frankston works proactively with its customers to design a carton that fits their machines. When there are problems it will send out its quality, design, and maintenance personnel to troubleshoot. This has all but eliminated such complaints.

“I tell my customers, ‘You’re the customer — tell me what you want and we will give it to you,’” Eldred says. “My job is to make our customers’ purchasing agents heroes and assure them that we will never let them run out of cartons.”

Frankston Packaging has been around for 50 years. This service commitment is sure to translate into many more years of business to come.